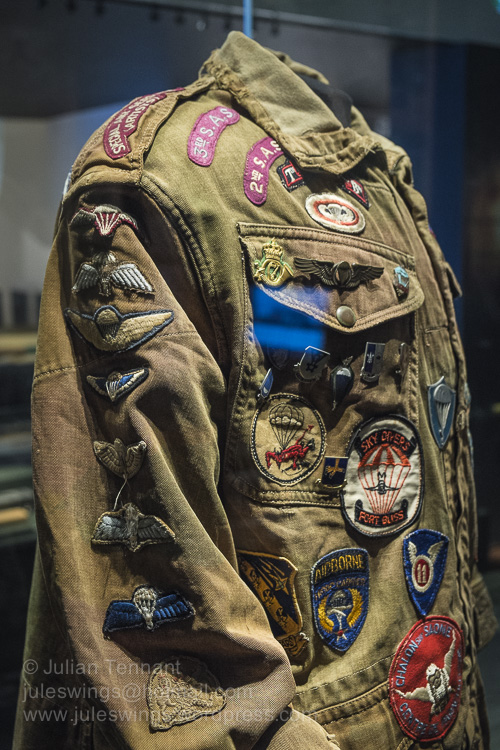 On loan from 2 Commando Company and the Australian Commando Association – Victoria , this Dennison parachute smock was part of the recent From the Shadows: Australian Special Forces exhibition at the Australian War Memorial in Canberra. 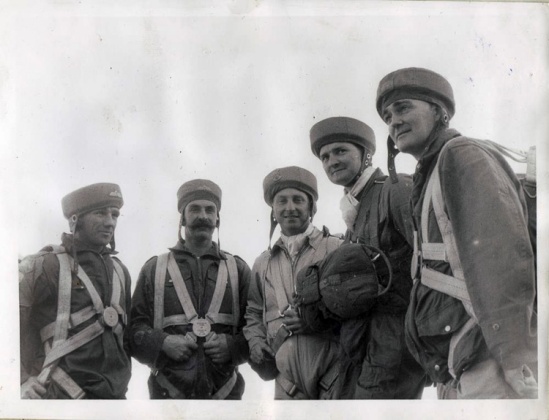 The smock was worn by WO1 Douglas “Dutchy” Holland during his time as a PJI at the Parachute Training School at Williamtown. ‘Dutchy’, served in the RAF from 1940 until 1948 before joining the RAAF. He qualified as PJI number 6 at the first Parachute Jump Instructors course run by Parachute Training Wing (PTW) in 1954.  A legend in the history of Australian parachute training, he was awarded the MBE for his services to military parachuting in 1958 and in 1959 became the first person in Australia to achieve 500 jumps. When “Dutchy” retired in 1962 he had completed 663 descents including 60 at night and 29 water jumps. He decorated this Dennison jump smock with various Australian and foreign parachute badges, including some (now) very rare and desirable insignia. 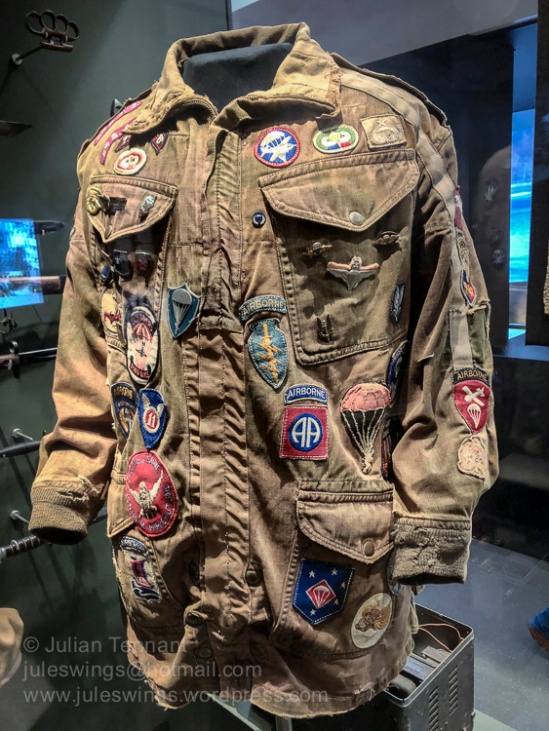 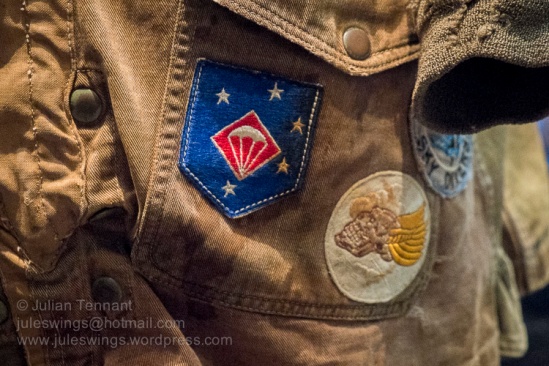 The shield patch is a rare Australian made variant of the WW2 USMC Para-marine shoulder sleeve insignia (SSI). The patch to the right looks like the WW2 era USAAF 85th Fighter Squadron insignia.

British SAS Sky Divers club patch. This patch probably dates from a visit made by a four man free-fall team from 22 SAS regiment to Parachute Training Flight (PTF) in early 1962. 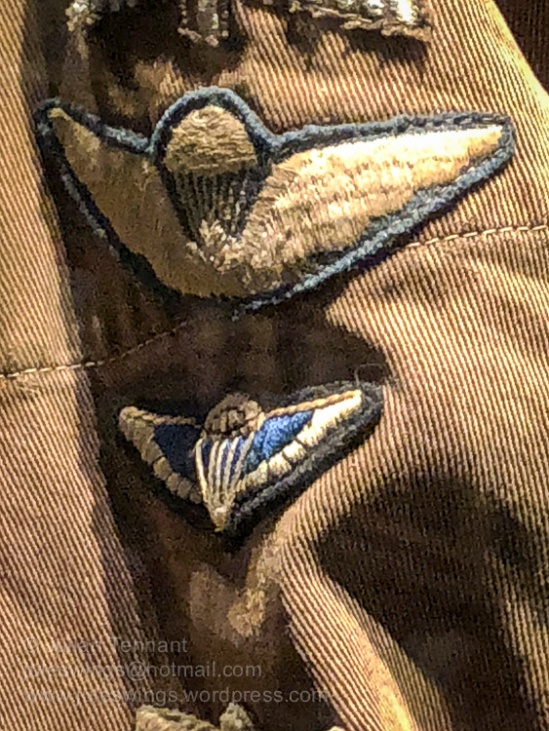 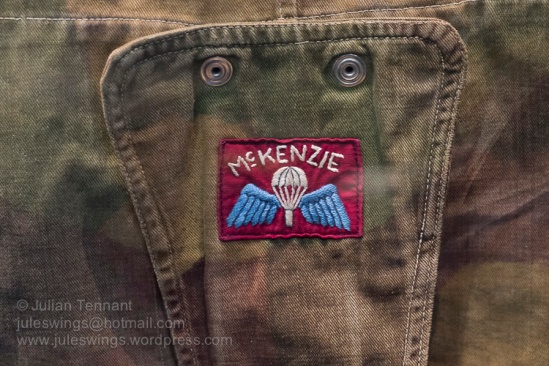 A unique and personalised para patch named to a ‘McKenzie’ on the crutch flap of the Dutchy Holland’s Dennison smock. There’s got to be a story behind the decision to place it there… 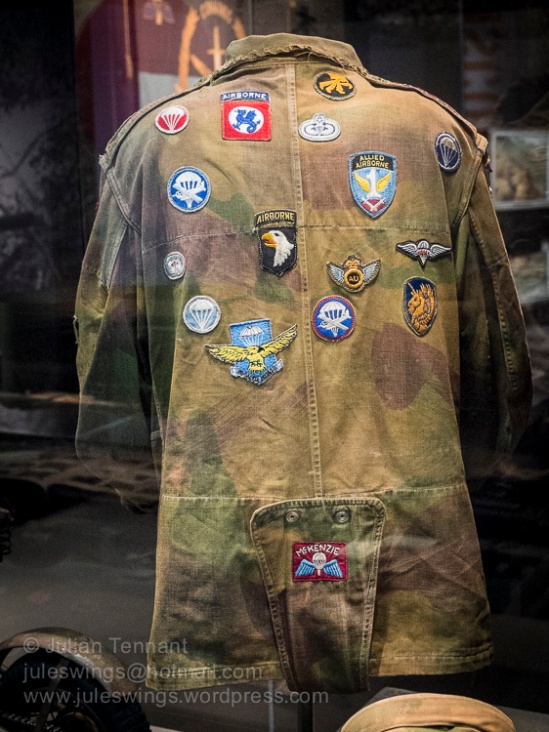 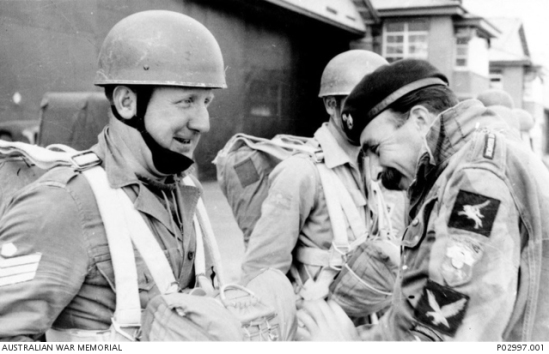