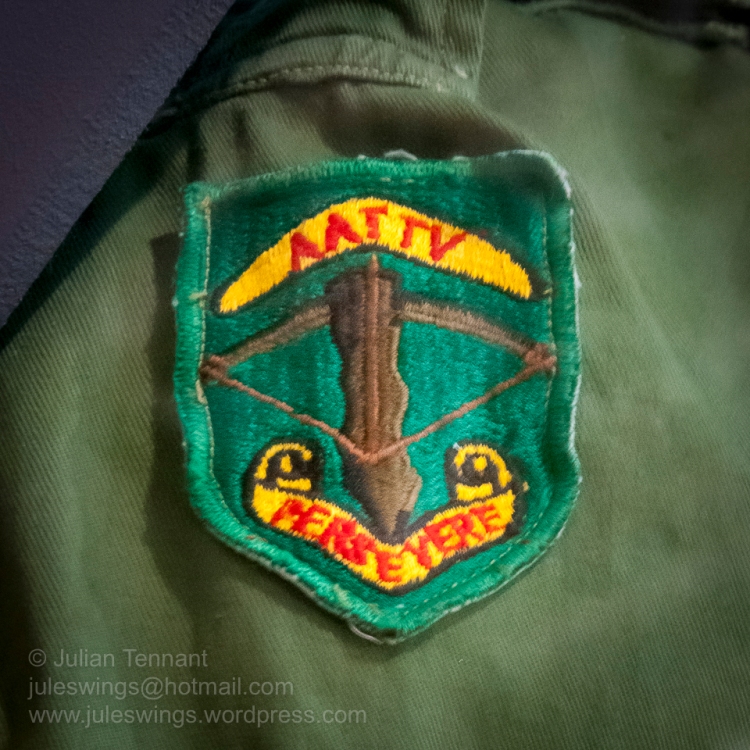 Japanese made Australian Training Team Vietnam (AATTV) patch. These patches were introduced in 1967 and the majority were made in Japan. Later, a small quantity were made locally in Vietnam, however the majority of AATTV members used this Japanese made patch. The locally made variation is extremely rare due to the small numbers manufactured and collectors should be cautious when acquiring these patches as they have been extensively copied and generally do not resemble the original ‘local-made’ patches. Photo: Julian Tennant