The Czech Police Museum (Muzeum Policie ČR) is housed in the grounds of a former Augustinian monastery that was founded by Charles IV back in 1350. In 1960 the site, which had been used as a convalescent home until 1955 and had subsequently fallen into disrepair, was handed over to the Ministry of Interior who established a Museum of the Frontier Guards in 1965. This evolved into a museum related to the Ministry of Interior and National Security before being remodeled as the Police Museum after the collapse of Communism.

I would describe this museum as an ‘old-school’ museum, relying on uniforms, weapons, life-size dioramas and equipment to tell the story of policing rather than the ‘bells & whistles’ interactive exhibit style which characterizes many museums today. For collectors, such as myself, this makes for a much more rewarding visit as we can examine objects rather than be presented with a game like simulations. In this instance the downside is that the captions and didactic information is mostly in Czech so it can often be difficult to understand the full context of what one is looking at. As a result, I apologise for the brevity of my picture captions as I could not always gather precise information about specific pieces on display.

On the ground floor, the main part of the museum follows a meandering wide corridor which presents a chronological history of Czech law enforcement beginning with a history of policing from 1850 to 1938. It then moves onto exhibits detailing activities related to the second world war period, covering the security forces of the Protectorate of Bohemia and Moravia as well as activities during the German occupation, including the May uprising and resistance. This is followed by post-war developments focusing on the establishment of the SNB (Sbor Národní Bezpečnosti – National Security Corps), Border Guard and the State Security (StB) apparatus. The museum then transitions to contemporary policing in the Czech Republic. These exhibits include lots of uniforms, weapons, equipment and photographs to give the visitor an idea of the transition over time as well as detailing specific organisational changes. 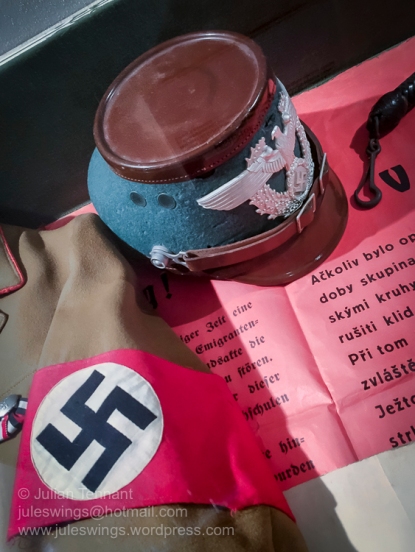 Police uniform worn during the May uprising against the Germans in 1944. Photo: Julian Tennant.

Exhibits relating to the May uprising and resistance against the Nazi’s. Photo: Julian Tennant

Weapons and equipment relating to the May uprising and resistance against the Nazi’s. Photo: Julian Tennant 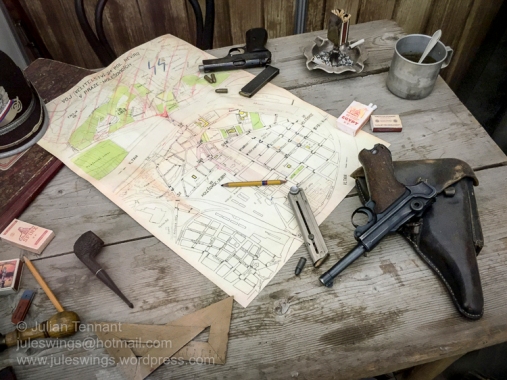 Detail from a display relating to the resistance activities against the Nazis. Photo: Julian Tennant 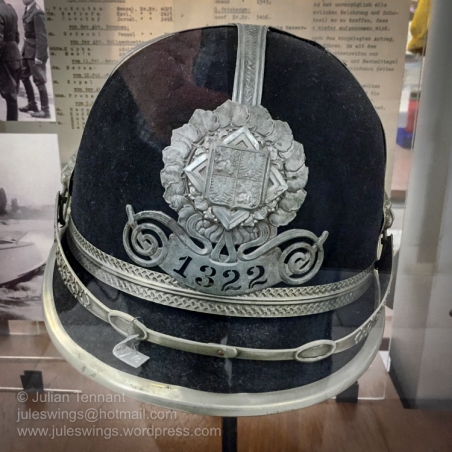 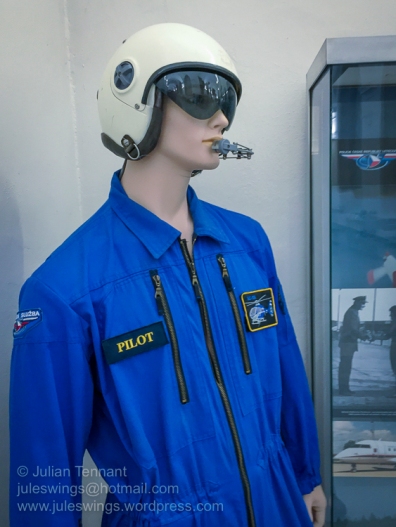 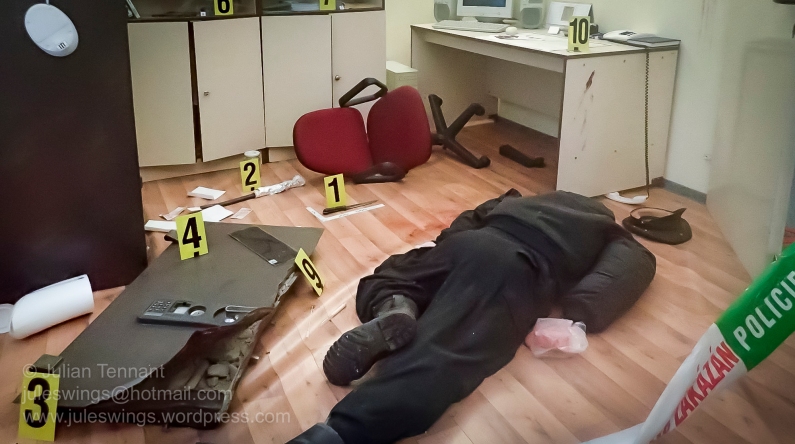 In addition, there are several rooms and antechambers that concentrate on specific aspects in more depth such as forensics, criminal investigation and traffic control. Upstairs are some very interesting galleries which explore aspects such as NBC and civil defence, anti-narcotic operations etc. 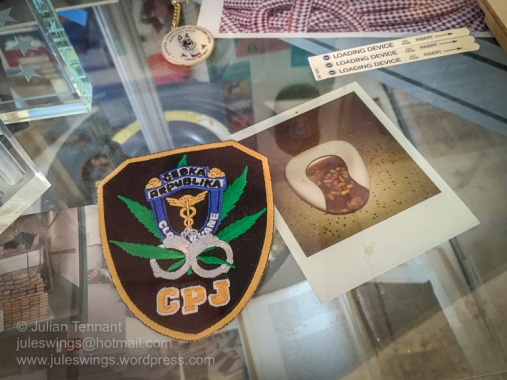 Detail from one of the anti-drug operations dioramas. Photo: Julian Tennant 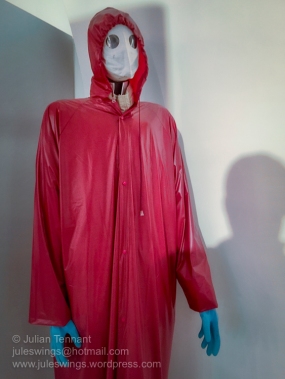 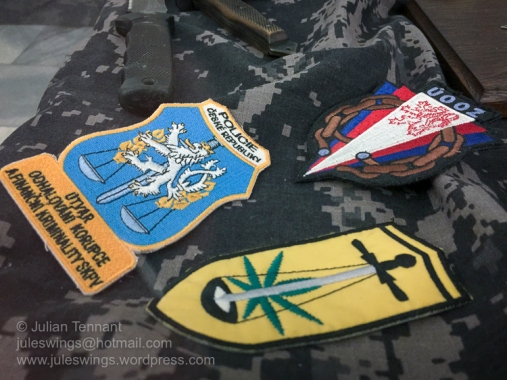 One of the galleries that I found particularly interesting is devoted to the ÚRN (Útvar Rychlého Nasazení) also known as URNA which is the Special Operations unit of the Czech Police operating under the command of the Ministry of Interior. 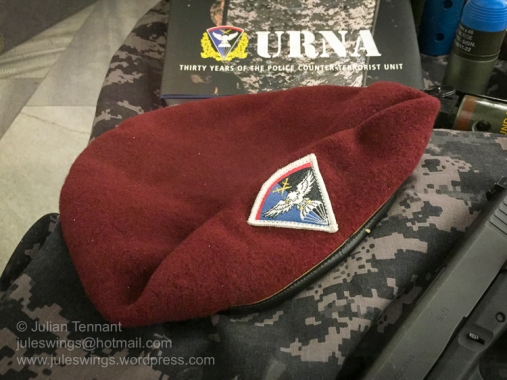 The grounds outside the main building include several vehicles used by the police including patrol cars, watercraft and a Mil Mi-2 helicopter.  There is also a children’s traffic playground which is open to the public from April to October depending on the weather.

Despite the overall lack of English language didactic panels, I found this museum to be very interesting and like the Army Museum Žižkov (unfortunately now closed) definitely worth the visit. The museum is located approximately 2.5 kilometers south of the Old Town square (Staré Mesto námesti) and can be reached via public transport (with some walking). Instead, I opted for the half an hour walk as it was only marginally longer than the public transport option and also allowed me to detour past Vojenské Starožitnosti, a militaria dealer that offers a good selection of older medals, insignia and other military items. 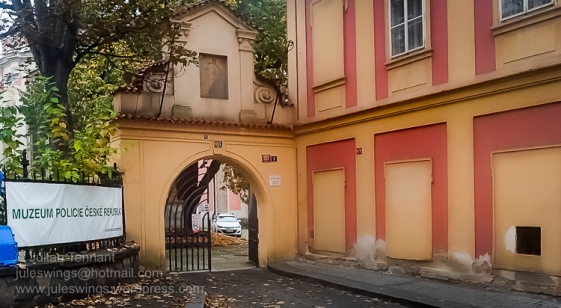