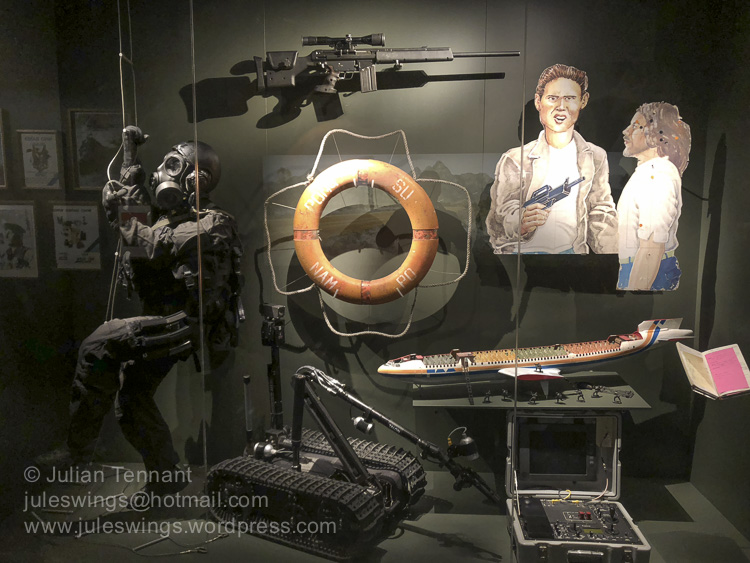 Australia’s special forces trace their history back to World War 2, with the operations conducted by the Independent Commando companies, Navy Beach Commando, the Services Reconnaissance Department SRD (Z Special Unit) and the Allied Intelligence Bureau (M Special Unit). Post war, the skills and traditions were maintained by the commando companies which later evolved into 1 Commando Regiment and then in 1957 by the raising of a Special Air Service Company which became the Special Air Service Regiment in 1964. 2 Commando Regiment evolved out of the re-tasking of the 4th Battalion, Royal Australian Regiment, to take on the commando role becoming 4 RAR (Cdo) in 1997 and then 2 Commando Regiment in 2009.

In keeping with the requirements of special forces operations, the activities of many of Australia’s special operations units have, largely, been kept out of the public domain despite a gruelling tempo of operational commitments that has barely let up since the INTERFET deployment to East Timor in 1999. Public interest in the units has grown markedly and this temporary exhibition at the Australian War Memorial in Canberra provides a rare insight into the activities of the Australian special forces in recent years.

Developed in partnership with SOCOM, this exhibition features items held behind closed doors in the Special Air Service Historical Collection, Commando Regiment collection and other sources as well as some artifacts from the AWM’s collections. The displays provide some historical insights into the development of the units along with uniforms, equipment and artifacts related to its various roles, tasks and operations with an emphasis recent operational deployments.

It had been several years since I was last able to visit the AWM, so I recently took advantage of an opportunity to visit Canberra and spend a few solid days checking out this exhibition and the other displays. As previously mentioned, From the Shadows draws on objects held in the unit collections and not available for public viewing. There are over 600 artifacts on display and I was surprised to find that many of the SF related items that are held in the AWM collection such as SAS trooper Don Barnby’s uniform from Vietnam or objects relating to Z Special Unit’s operations against the Japanese, remained in their respective exhibition areas which further helps to contextualise these units roles in the conflicts represented.

The photos that I have included here are just a taste of what is on offer in the From the Shadows exhibition and I’ll leave my other photos from the AWM collection for another post. From the Shadows runs until the 8th of September 2018. If you can make the trip to Canberra to check it out, I strongly recommend that you do, it is an excellent exhibition. More details about the exhibition can be found at the Australian War Memorial website. The ABC also did a piece about it when the exhibition first opened in 2017 and it is worth taking a look at. You can find a link to their article here.

‘From the Shadows: Australia’s Special Forces – The Operators’ video that was featured in the gallery during the exhibition

Another PT boat pin in my collection of WWII Motor Torpedo Boat badges.
Some of the original WWII period Hungarian parachutist badges and photographs in my collection.
One of my sideline insignia collecting interests – WW2 Patrol Torpedo (PT) boat pins.
Biafra Pilots wing? This badge can be found in a few collections and is described as a Biafran pilot's wing due, I believe, to the symbolism on the separately attached shield.
Australian Rising Sun hat badge affixed to the first pattern, 1916, British Mk1 helmet worn by Major General (later Lieutenant General) Sir Joseph Talbot Hobbs throughout his service on the Western Front during the First World War. Photo: Julian Tennant
French Parachutist brevet n ° 000001
Model of the First World War Submarine AE-2 on display in the RAN & HMAS Perth Interpretive Centre at the Princess Royal Fortress and National ANZAC Centre, Albany. Photo: Julian Tennant
South Vietnamese Navy SEAL / UDT pocket patch. Known as the Liên-Đoan Người Nhái (LDNN), or Frogman Group by 1971 the LDNN consisted of the South Vietnamese Navy's SEAL Team, Underwater Demolitions Team, Explosive Ordnance Disposal Team and Boat Support Team.
Another Afghan National Army commando patch brought back by a mate from one of his tours. This one worn by one of the interpreters working with the Australian Special Operations Task Group (SOTG). Collection: Julian Tennant
Various Afghan commando related patches picked up by an Australian Special Forces soldier during one of his deployments. Collection: Julian Tennant
Combined Joint Special Operations Task Force - Afghanistan or CJSOTF-A. This was a task force unit led by US Army Special Forces headquartered at Bagram Airfield and was part of the Special Operations Joint Task Force - Afghanistan / NATO Special Operations Component Command - Afghanistan.
Here is an original Congo Mercenary 10 Commando (Commando Kansimba) type 2 patch, from the unit led by Jean Schramme, an Armee Nationale Congolais identity document named to another mercenary and a Katanga pocket badge. Collection: Julian Tennant