The Patpong Museum is not strictly a military museum per se, but the history of Bangkok’s Patpong Road is closely connected to the activities of the OSS, CIA, the Vietnam War and of course the thousands of servicemen who have passed through Thailand on R&R and subsequent military exchange programs.

The 300-square-meter Museum, which opened in October 2019, reveals why Americans fighting on the battlefields of Indochina flocked to Patpong for business, friendship and to let their hair down. It also shows how Patpong evolved over time to attract hundreds of thousands of tourists and expats, before most of the action moved across town to bars elsewhere in Bangkok — namely Soi Cowboy and the Nana Entertainment Plaza.

Patpong’s story begins when Chinese immigrant, Luang Patpongpanich purchased a banana plantation on the edge of Bangkok in 1946 for $300. Prior to this, Patpongpanich’s son, Udom, had been studying in the USA and then during WW2 was recruited by the Office of Strategic Services (OSS) to be one of the Seri Thai (“Free Thai”) insurgents resisting Japan’s occupation. He undertook special operations and radio training before completing the parachute course at Fort Benning in 1945.  Udom was then sent to the OSS camp at Trincomalee, Ceylon where, under the supervision of Jim Thompson (who is best known as the businessman who helped revitalise the Thai silk industry), he prepared to infiltrate back into Thailand.

However, the war ended before he was inserted, but Udom had made new connections which he put to use. In 1950, Luang Patpongpanich passed away and Udom who inherited the family business transformed the land into a road lined with shop houses,  which he then rented to his OSS and CIA friends. The road that Udom built remains one of the few privately owned thoroughfares in Bangkok and he encouraged foreign companies, including Caltex, Shell, IBM, United Press International and Air France  to set up offices in the area.

Jim Thompson, Udom’s old OSS boss founded the Thai Silk Company across the road and in 1958, legendary CIA operator, Tony Poe (Anthony A. Poshepny), joined the  South East Asia Supply Inc (colloquially known as Sea Supply), a CIA front company operating out of Patpong, supplying arms to Chinese Kuomintang Nationalists in Burma. By 1964 Patpong had become the Central Business District of Bangkok  and also included the included the US Information Service library and CAT (the CIA owned Civil Air Transport company), which later evolved into Air America and until 1972, had its office in the Air France building on Patpong.

Patpong Road in the late 1960’s. CAT, the CIA owned Civil Air Transport company, which then evolved into Air America had its office in the Air France building on the left of the photo. Directly across the road is a small circular sign designating The Red Door bar and next to that is Max’s bar, the preferred watering hole of the Air America pilots when they made it down to the head office in Bangkok.

Legendary CIA operator, Tony Poe (Anthony A. Poshepny) who co-ordinated many of the CIA’s secret operations in Laos from Patpong Road. He is with Hmong General Vang Pao (middle) plus another unidentified Hmong and an American. 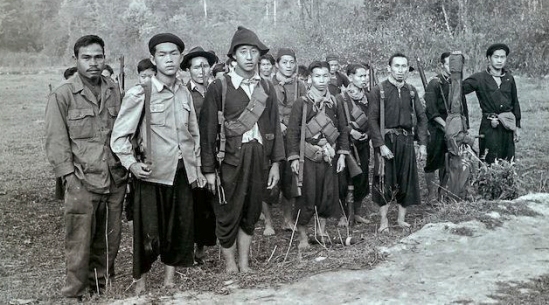 Patpong became a hub, not only for businessmen, but also for spooks, correspondents and off-duty military types who also took advantage of the growing nightlife entertainment options that were becoming available on the strip after dark. Contrary to popular myth however, Patpong was not a magnet for US troops on R&R during the Vietnam war. Most of the GI’s went to New Petchburi Road which, at the time, was nicknamed “The Golden Mile”. 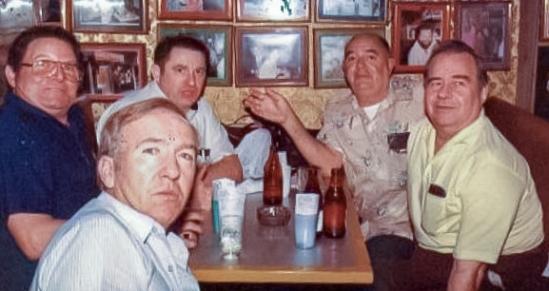 Former ‘Secret War in Laos’ veterans, including Les Strouse (blue shirt), Jack Shirley (yellow shirt) and Tony Poe (back right) at a reunion in the Madrid Bar on Patpong Road.

Entrance to the Madrid Bar, opened in 1969 by Vietnam veteran Rick Menard, the bar became ‘the’ hangout for spooks and agency types. At one stage it even had a CIA safe-house upstairs.

The Madrid, which was opened by Vietnam veteran, Rick Menard in 1969 was one of the early bars which, not only became the preferred watering hole for the spooks and SF types but also had a CIA safe-house located upstairs. Around the same time Menard also opened the now-defunct Grand Prix Lounge & Bar, the first go-go bar in Thailand. Within a few years more bars would spring up and the entertainment area spread from Patpong Soi 1 to the smaller Patpong Soi 2 as the area gained popularity with expats and visitors who became aware of its ‘attractions’ through movies, travel guides and the media. Longtime Kiwi expat and blogger Stickman wrote an interesting piece about some of these old venues  back in 2013 when he was still living in Bangkok and I fondly recall the weirdness of finding an island of tranquility in a quiet British themed pub, Bobby’s Arms, by entering the Foodland carpark (the first steel-framed carpark in Thailand) on Patpong Soi 2 after an army exercise back in the early 90’s. Some of these venues were like stepping back in time and a stark contrast to the craziness that was going on all around.

The Patpong Museum, documents all this history, charting Patpong’s development from banana plantation through development as a business hub to its notoriety as a red light district. Museum founder, Michael Messner spent a decade scouring archives and acquiring hundreds of artifacts to include in the museum which tells Patpong’s story through documents, models, objects, photos and interactive displays. Special attention is given to its role in the Cold War era with a section devoted to Tony Poe and Patpong’s importance during the ‘secret war’ in Laos. Exhibits are captioned in Thai and English and the 350 Baht entry fee includes a free drink inside a recreation of  Rick Menard’s Grand Prix bar.

View of the ‘Dragon’ room with scale model of Patpong Road 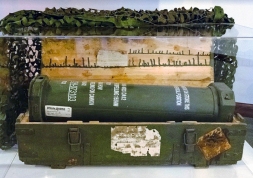 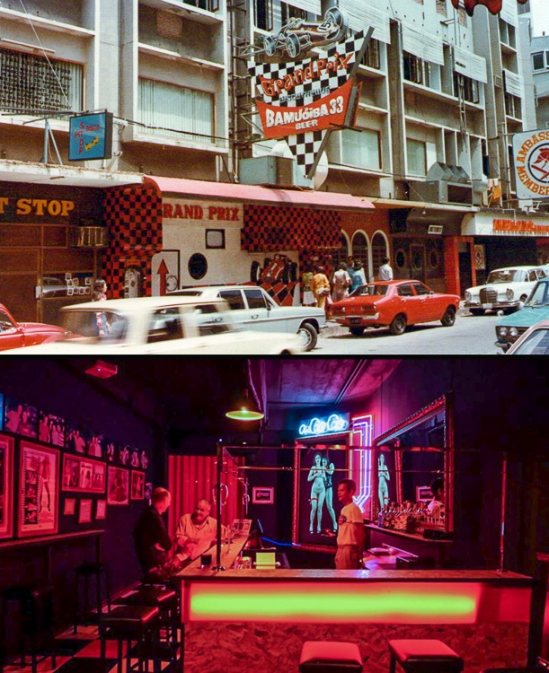 Rick Menard’s Grand Prix Bar in the 1970’s and the Patpong Museum’s recreation where visitors can enjoy a complimentary drink as part of their ticket entry fee.

Unfortunately due to COVID-19 getting to Thailand could be problematic right now, but whilst it may be difficult to visit the museum until the pandemic is brought under control, they do offer a nice virtual tour here on the museum’s website. 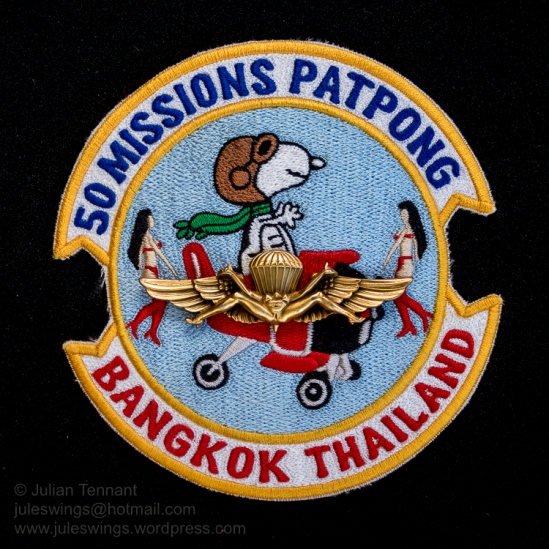 Admission: THB350 per person, which includes a 50-minute guided tour and standard cocktail at the bar. Tours are offered in Thai, English, French, Spanish and Italian. Japanese and Chinese tours will be available in the future.

If you like what you see here, please FOLLOW this page via email or by using either the buttons below or in the column on the right.  I try to post NEW content every Sunday and knowing that somebody is looking at this gives me the encouragement I need to go through my archives and collection to develop the content for the page. And of course, feel free to contact me here, via email or by visiting my Facebook or Instagram pages